Former US President Donald Trump makes his first public appearance since leaving the White House and issues a warning about 2024.

In addition, Trump insisted this Sunday that he was not defeated in the 2020 elections when he spoke from the largest Republican conference and ‘denied’ something that many thought he would do.

Trump hopes to “beat them a third time”

On the contrary, the ex-president wants a united Republican Party that is stronger “than ever.” He hopes to win the midterm elections in 2022 and in the presidential elections in 2024, indicates Efe.

“Actually, as you know, (the Democrats) just lost the White House, but it’s one of those things, but who knows, who knows. I can even decide to beat them a third time, ”Trump said at the beginning of a long-awaited speech at the closing of the Conservative Political Action Conference (CPAC), a Republican event.

“No matter how much the Washington establishment and powerful special interests want to silence us, let there be no doubt. We will be victorious and the United States will be stronger and bigger than ever, “he added to an audience” excited “by his” return. “

The former Republican president has not yet acknowledged his defeat against the democrat Joe Biden, who took office on January 20 and has reversed many of Trump’s policies, including the immigration rules.

“The decision of Joe biden canceling border security has by itself launched a young migrant crisis that is enriching smugglers, criminal cartels and some of the most evil people on the planet, ”said the former president.

The Biden Administration last week presented Congress with a draft immigration reform which offers a path to citizenship for millions of undocumented and has eliminated programs such as the one that forced asylum seekers to wait in Mexico.

He also denied the divisions in the Republican Party and denied that he will form his own party. “They kept saying, a new game is going to start,” he said.

“We have the Republican Party. It will come together and be stronger than ever. I will not start a new game. That was false news ”, he pointed out in the CPAC, hinting at Trump’s political future for 2024.

Trump began an hour late in what is his first public intervention since he left the White House on January 20 and was acquitted of his second impeachment in Congress.

Judgment that this time was for the taking of the Capitol by his followers, which occurred on January 6, and with five deaths as a result, says Efe. Before his appearance at the Republican Conference (CPAC), Trump had been in the ‘shadows’ since he left the White House and moved to Mar-a-Lago in Palm Beach, Florida.

A gilded figure of former US President Donald Trump stole the spotlight at the largest Republican conference, meeting which has been dominated by Trumpist ideas as further proof of the former president’s ‘influence’.

With shorts and sandals, the new star of the (CPAC), made of fiberglass in Rosarito, Mexico, is made by the American artist Tommy Zegan, says Efe. 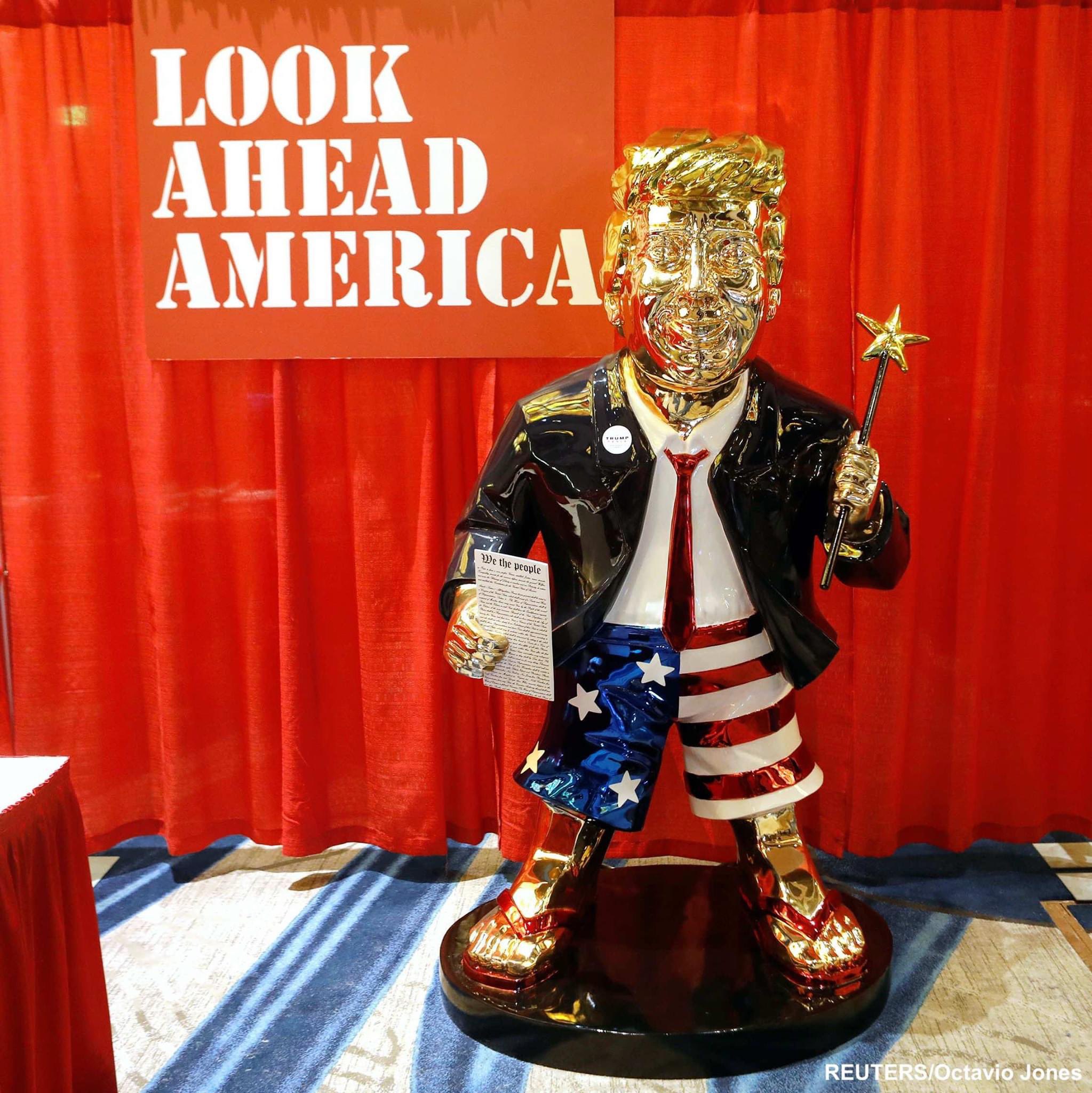 The golden image of Trump carrying the US Constitution in his right hand and a ‘magic’ wand in his left shows the power of the former president in a CPAC dominated by Trumpism, which could lead him back to the Republican ballot.