The controversial defender of Emma Coronel with a “extremely rude” tone insulted the Hispanic journalist by calling her an “idiot” repeatedly during the “explosive” interview.

Satcha Pretto, was direct at the beginning of the interview, and asked sharply about whether Emma Coronel had turned herself in to ‘expose’ the criminal activities of the Sinaloa Cartel.

Lichtman immediately responded ‘aggressively’ that the version about the delivery The wife of the former leader of the Sinaloa Cartel was “false” and that the distribution by the media could put Coronel’s daughters at risk.

However, attorney Jeffrey Lichtman did not confirm or deny the version that was circulating in the media last week.

“I understand that you very much want to receive information,” declared the lawyer who visibly ‘annoyed’ attacked the interviewer, noting that if she were in the same situation, “he would not want me to talk about all the intimate details of the case with the press.” .

Later, Lichtman assured that he would do “everything possible” to get Emma Coronel out of jail. In addition, he directly attacked the United States government by accusing it of “committing a crime” against “Chapo’s” wife.

The lawyer without any decorum described “what happens in Mexico to those people who are cooperating.” TO WATCH THE VIDEO CLICK HERE

Lawyer describes ‘what happens to informants’

Jeffrey Lichtman went on to describe ‘the horrors’ that happen to people who ‘cooperate’ against organized crime in Mexico.

He assured that the families of the “informants” are murdered “by separating their heads from the body.” The man also mentioned the “risk” for the little daughters of Emma Coronel.

Is Emma Coronel cooperating or not?

“She is in a jail right now, in a cold cell, alone with a thin blanket, she can bathe once a week, tell me, does that sound like someone who is cooperating with the government?” Lichtman said.

“Just because she is the wife of” Chapo “, she does not deserve to be abused, this is still the United States,” added the defender, who asked the audience to ‘draw’ their own conclusions.

Where are the daughters of “Chapo”?

After the answer, Satcha Pretto asked about the integrity of the twins, daughters of Joaquín el “Chapo” Guzmán and Emma Coronel. 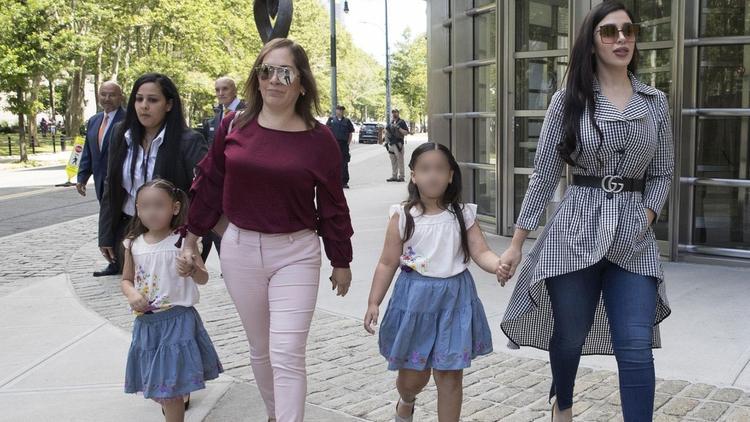 However, this question made the controversial defender of Emma Coronel ‘explode’. In a sarcastic tone, Lichtman said that “it would be easier” to “give instructions” to locate the minors and that this would put her life at risk due to the version that Emma Coronel would be “cooperating” with the United States government.

“I do not understand his anger towards me,” said Satcha Pretto, who also said that he was giving the lawyer the opportunity to prove the innocence of “Chapo’s wife.”

Are the daughters of “Chapo” okay?

“The girls are fine,” said the annoying defender of Emma Coronel, Jeffrey Lichtman, who also assured that: “The US government has committed a crime against Emma Coronel”, and that this should be the focus of the media.

“I would not want, for your Show, to go to jail,” said Emma Coronel’s lawyer, who claimed to have spoken with “Chapo”, but could not comment on what he said for ‘fear’ of being accused of a crime.

Later, Satcha Pretto questioned if Jeffrey Lichtman received a payment for his fees or if he did it ‘for free’, however, the lawyer ‘exploded’ and said that if she was paid for her work, it was ‘obvious’ that he was too .

“You are an idiot”

Immediately, the Hispanic driver reacted. “I gave him the opportunity to come and talk about his case here,” said Pretto, and then ‘cut it off’ and finish the controversial interview.

The post Emma Coronel’s lawyer calls Satcha Pretto an “idiot” in the middle of the live program (VIDEO) appeared first on Hispanic World.